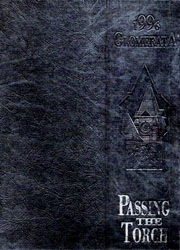 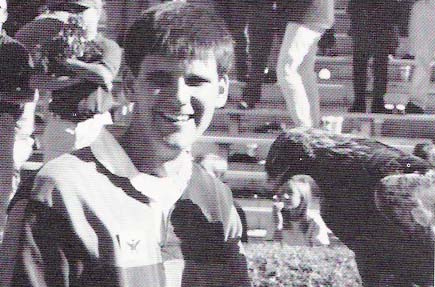 Tiger, War Eagle VI, the legendary predator that began the unique pregame tradition of flying over the crowd and landing at midfield at Jordan-Hare Stadium.

In the 1990s Tiger was cared for by a service fraternity on campus. Sometime around my departure Tiger's age prompted her move from the open air aviary to a permanent home at the Raptor Center. She doesn't fly in the pre-game any more, other eagles do it now, but none better than the original.

Here are a few of my favorite photographs, starting with VI in 1997.

My grandmother got to meet VI on two visits to campus. It was a big thrill for her, "I bet not everybody gets to do that, and I've done it two years in a row!" Actually Tiger made regular appearances for her fans, but I knew the people that cared for her and we always managed to walk by just as she was getting her exercise. Remember, the 1952 Glomerata would have been her freshman yearbook.

This is VI's last Iron Bowl. She landed within six feet of me on the field in the most impressive pre-game tradition you'll see anywhere, period, end of story.

An entry from the 1976 Glomerata discusses many of the myths surrounding the origin of the War Eagle battle cry.