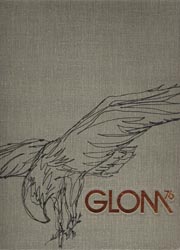 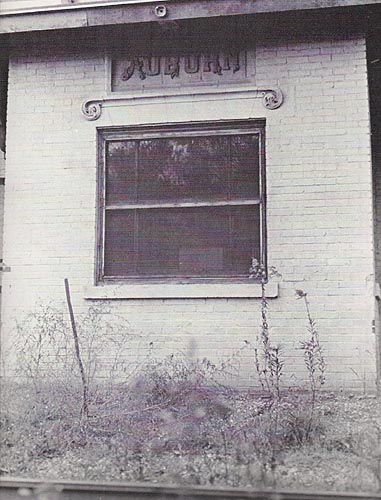 So now we come to the final section of the 1976 Glomerata, the sponsors. This section is mixed with text ads and great old photographs and, inexplicably all of the chamber of commerce type information you might expect to see in a city pamphlet.

Historically that information is interesting, since they took great pains to discuss how many firemen and police officers there were on staff in the mid-1970s. The technology was novel enough that they even mentioned how many trucks had radio communications.

After a handful of advertising pages there's the index, the last few paragraphs of nostalgia from the now-weary editors and we're done. The section starts with a bleak shot of a city limits sign, a bland view of the minimalist city hall and this window from the old train station.

Like many places the train was once a vital cog in the local transportation system, but by now there were no passengers, only freight. There are many historic photographs in circulation of the local train station. There's a terrific sports legend covered elsewhere in these pages that focuses on the train tracks. And there's the old station itself, which still stands, but mostly for muted historical purposes.