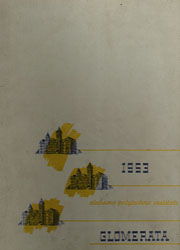 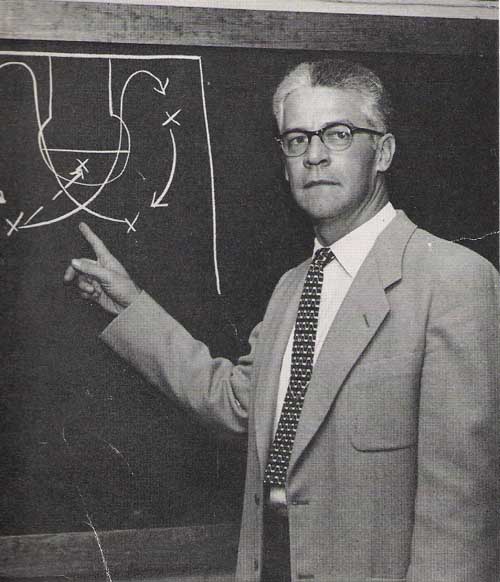 I don't pretend to be a basketball expert, but it looks like Eaves has drawn up a play with only four players on the court. Despite this strategic flaw Auburn went 13-8 on the hardcourt.

OK, it looks like there's another X down there on the baseline, but the photographer cropped this too tight.

"Led by Capt. 'Bubber' Farish, the only senior on the team, the Plainsmen were occasionally beaten but never humbled. They had a genuine desire to win and kept this in their minds at all times."

It helps to be a "glass is half full" kind of guy if you're writing for a yearbook.

Eaves had a basketball arena named after him. Today Beard-Eaves-Memorial (it is also named after Jeff Beard, the athletic director of this era, and Auburn's military veterans) is on the downhill part of a storied history. Soon there will be another arena, but these names will live forever.