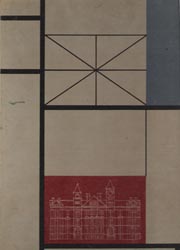 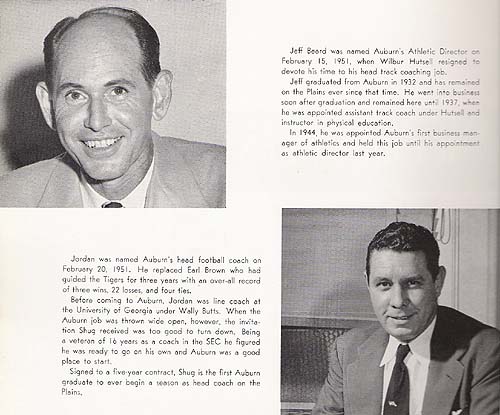 Here's the holy pair of historical sports legends at Auburn.

On top is Jeff Beard (API '32) and one of the men for whom the Coliseum is named. He'd just been named the athletic director in 1951. Auburn's David Housel noted upon Beard's retirement that he added "more than 40,000 additional seats to Cliff Hare Stadium, Memorial Coliseum, Sewell Hall, Hutsell Track ... a composite team record of 1,442 victories against 670 defeats in all sport ... but perhaps his greatest accomplisment was one of morale ..."

He also hired Ralph "Shug" Jordan (API '32), on the right, who had just completed his first year as the football coach at Auburn. He'd applied once before, three years earlier, but he didn't get the job. He smiled about it, but to friends he uttered, "If they don't think an Auburn man can do the job they ought to close the joint down."

He'd go on to retire at Auburn, winning a national championship and laying the foundation of powerhouse football for decades to come.

Well loved, admired by his peers and players, he was a highly decorated war hero. Ralph "Shug" Jordan retired in 1975 and remains Auburn's winningest coach.