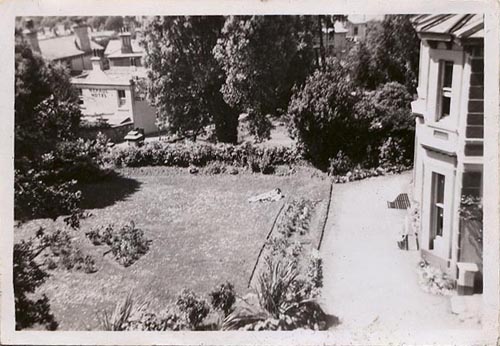 Sitting on the roof he knew he'd have a good view of town. But he never figured on this.

The Nepaul Hotel is fine to look at, but it is easily forgotten when there's a sun bunny bathing just below.

He might have took the shot for posterity, but it was a disappointment when the print came back. Under a magnified view there's just that big blotch of dark hair and no detail. You can't make out the person's bathing suit, or even any facial features.

You have to wonder if she knew her photographer was on the roof, or on the balcony. He was likely as indistinguishable as she from this distance, but now this vague memory has found its way to light once again. And despite the poor quality of the photograph someone put it in an album. Maybe she did know him. Maybe this was that vacation they never told the kids about; the one they giggled about with friends.

The Internet has nothing to say about the Nepaul Hotel.